Faheem Rashidi and his family came to this country from Afghanistan in 2000 and were resettled in Lincoln by Catholic Social Services of Southern Nebraska. Today, he is a successful businessman who shares his story of how he found hope in the good life. 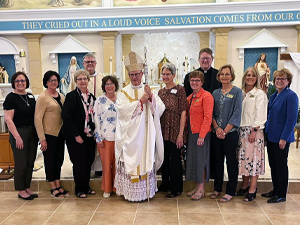 The LDCCW is an organization of all Catholic women in the Diocese of Lincoln which aims to enrich the lives of Catholic women by pursuing projects designed to further spiritual and family life. Organized in 1932, the LDCCW has undertaken dozens of projects which fulfill the corporal and spiritual works of mercy as outlined by the Church. 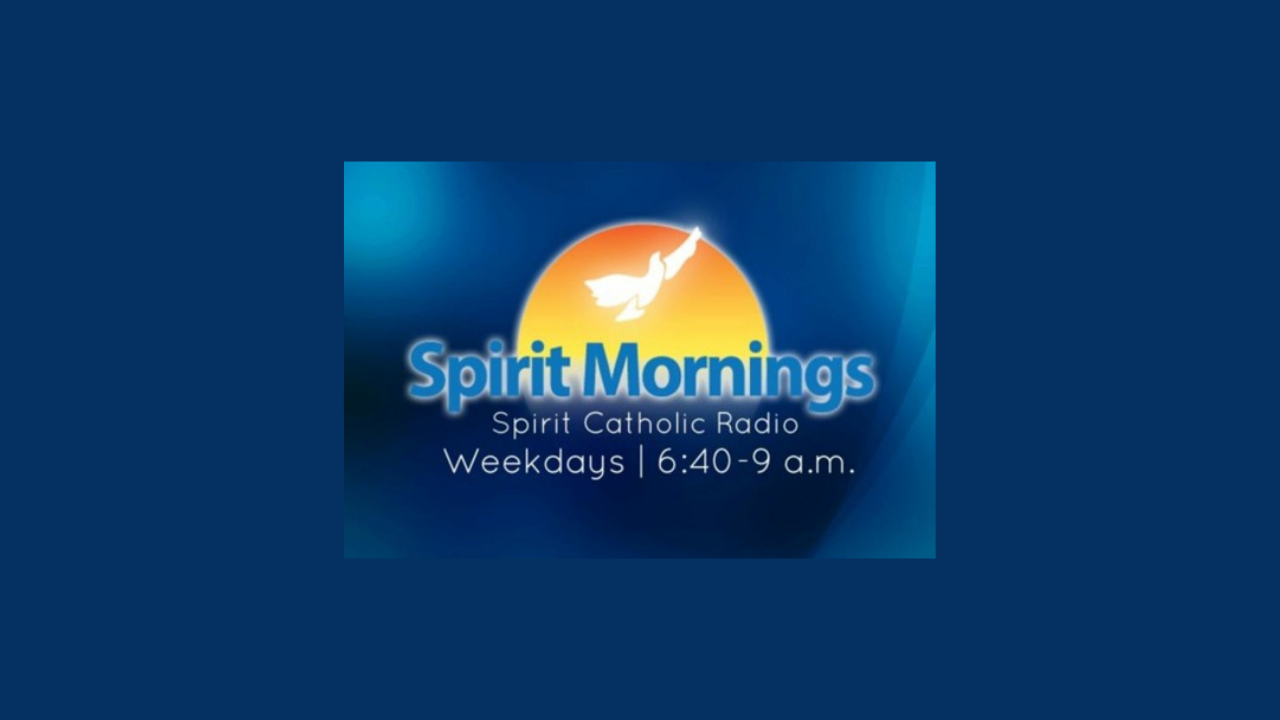 Mental Health Awareness Month began in 1949 to raise awareness of mental health conditions and wellness for everyone. Through better understanding of mental health and lessening the stigma sometimes associated with mental illness, personal well-being is acknowledged and one’s fullest potential can be recognized- and healthy relationships with the people we love can thrive! CSS/IHMCC VP of Clinical Services Dr. Courtney Miller was on Spirit Catholic Radio's"Spirit Mornings" show today and shared more about this special month and why mental health matters. 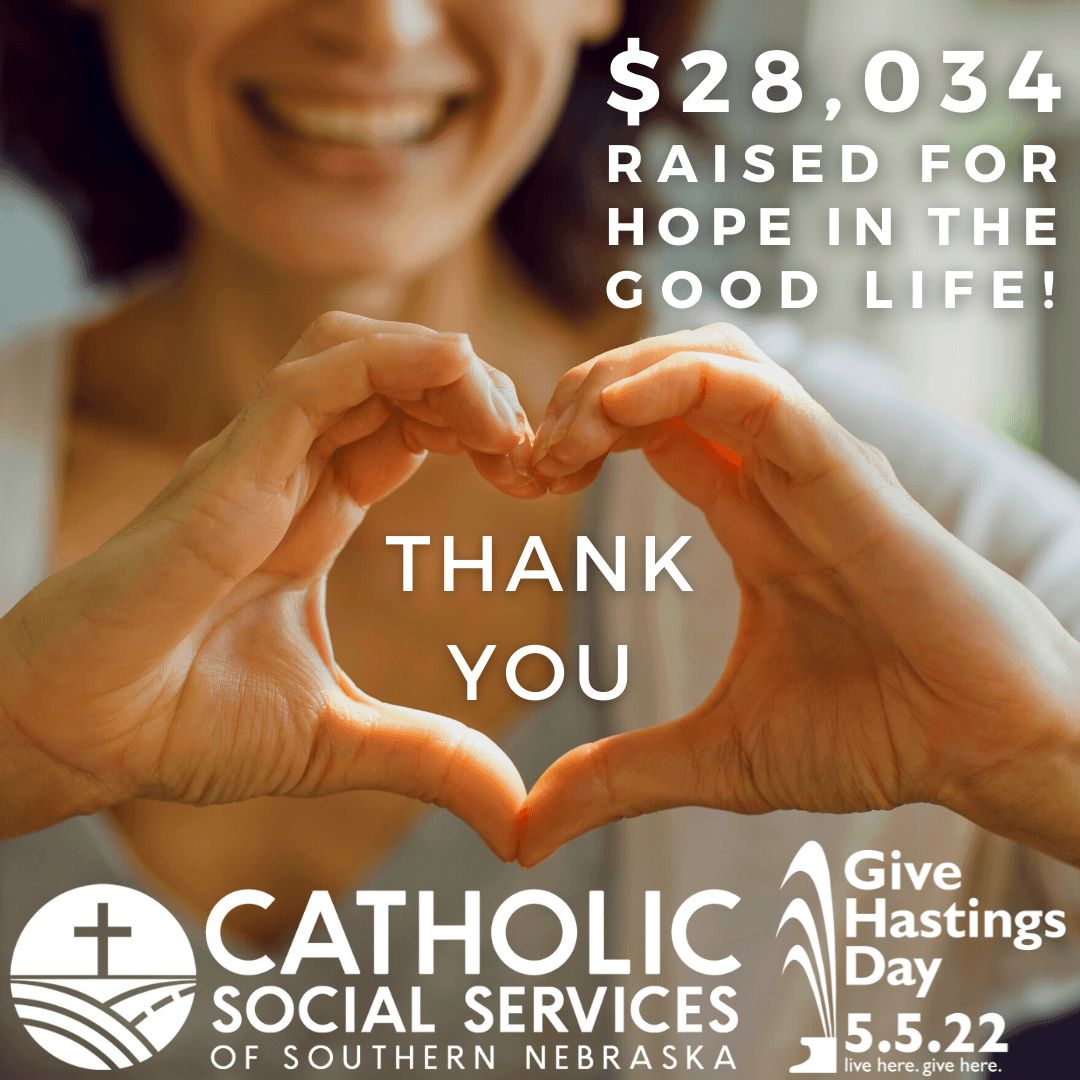 GIVE HASTINGS DAY raises over $28k for CSS Hastings 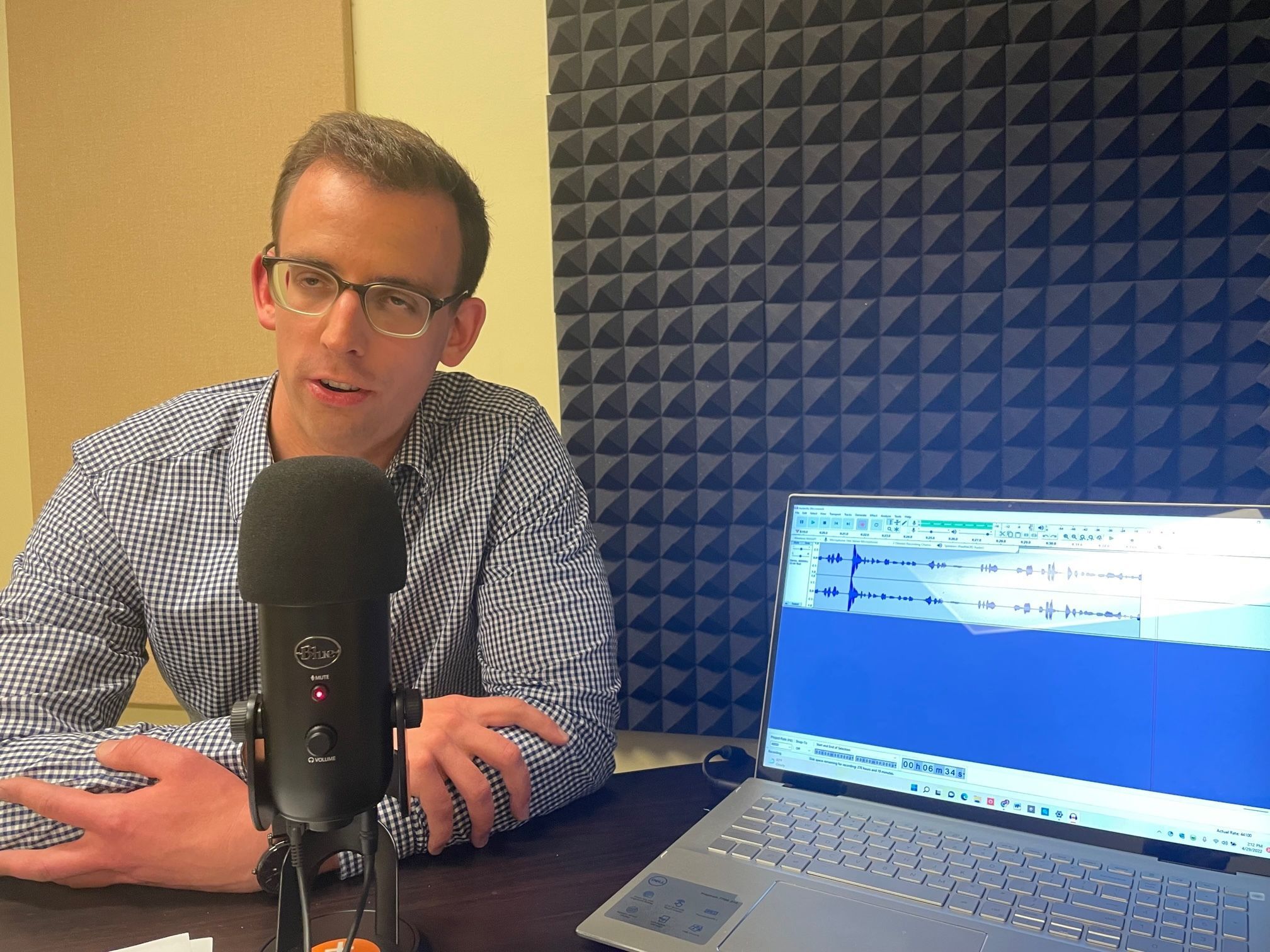 Once again, Catholic Social Services is participating in Give Hastings Day (a 24-hour fundraising event scheduled for 5/6/22). In this podcast, hear CSS Hastings Regional Director, John McDonald, talk about the many services CSS Hastings provides, and why we’re excited to be a part of this event. 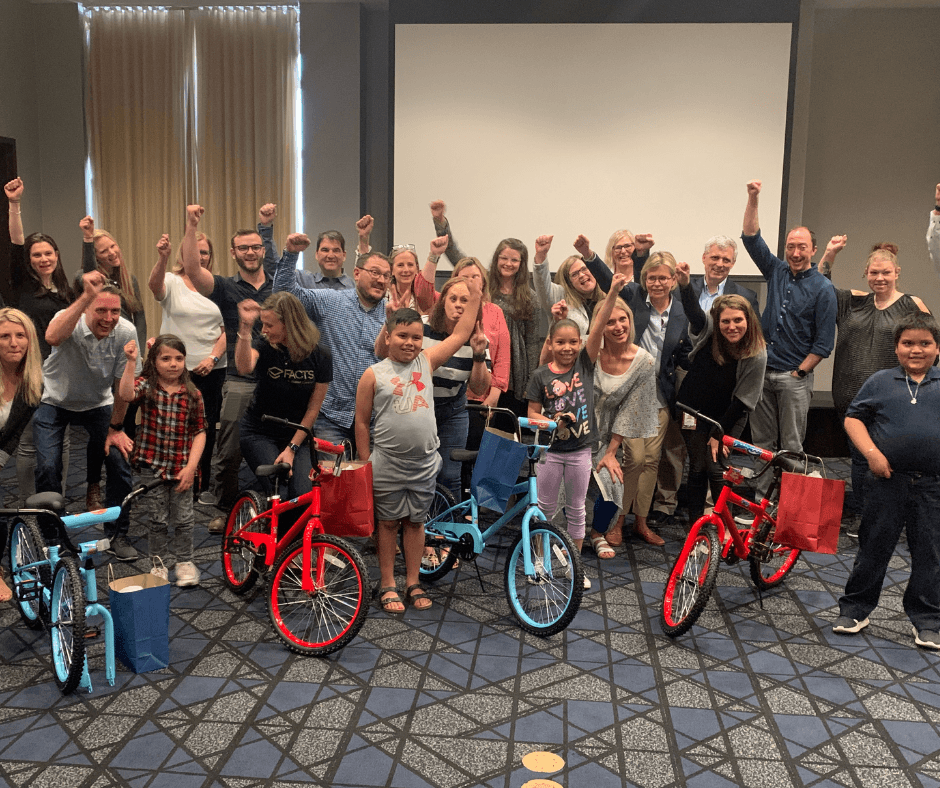 Messages of Hope: "Build-a-bike giveaway with NELNET and CSS clients"

"Imagine being 8 years old and receiving your first bike! Well, that is in fact what happened just last week through the 'Build-A-Bike' event with FACTS, a Nelnet Company, and several families connected with Catholic Social Services of Southern Nebraska." Read the latest "Messages of Hope" by Katie Patrick to learn more!

WATCH: Our Imperial team has a message for those affected by the recent southwestern Nebraska fires

CSS connects with Grant DCCW at their recent Benkelman meeting 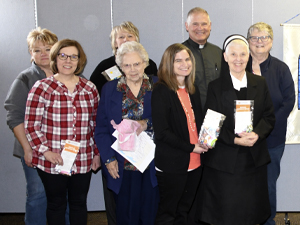 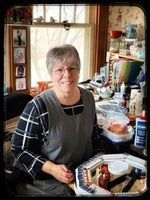 Kathy Florence has a love of art, and of the mission of Catholic Social Services. Hear how she uses her artistic gift to bring more hope to the good life. 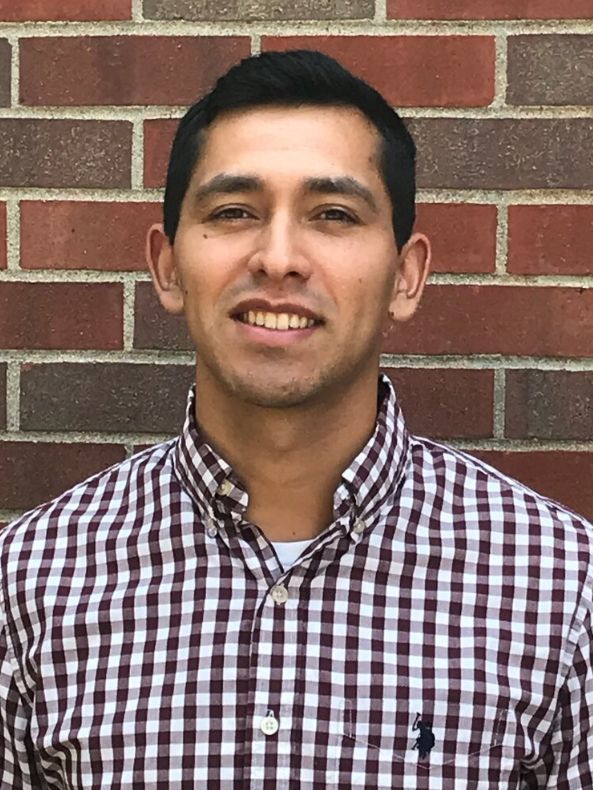 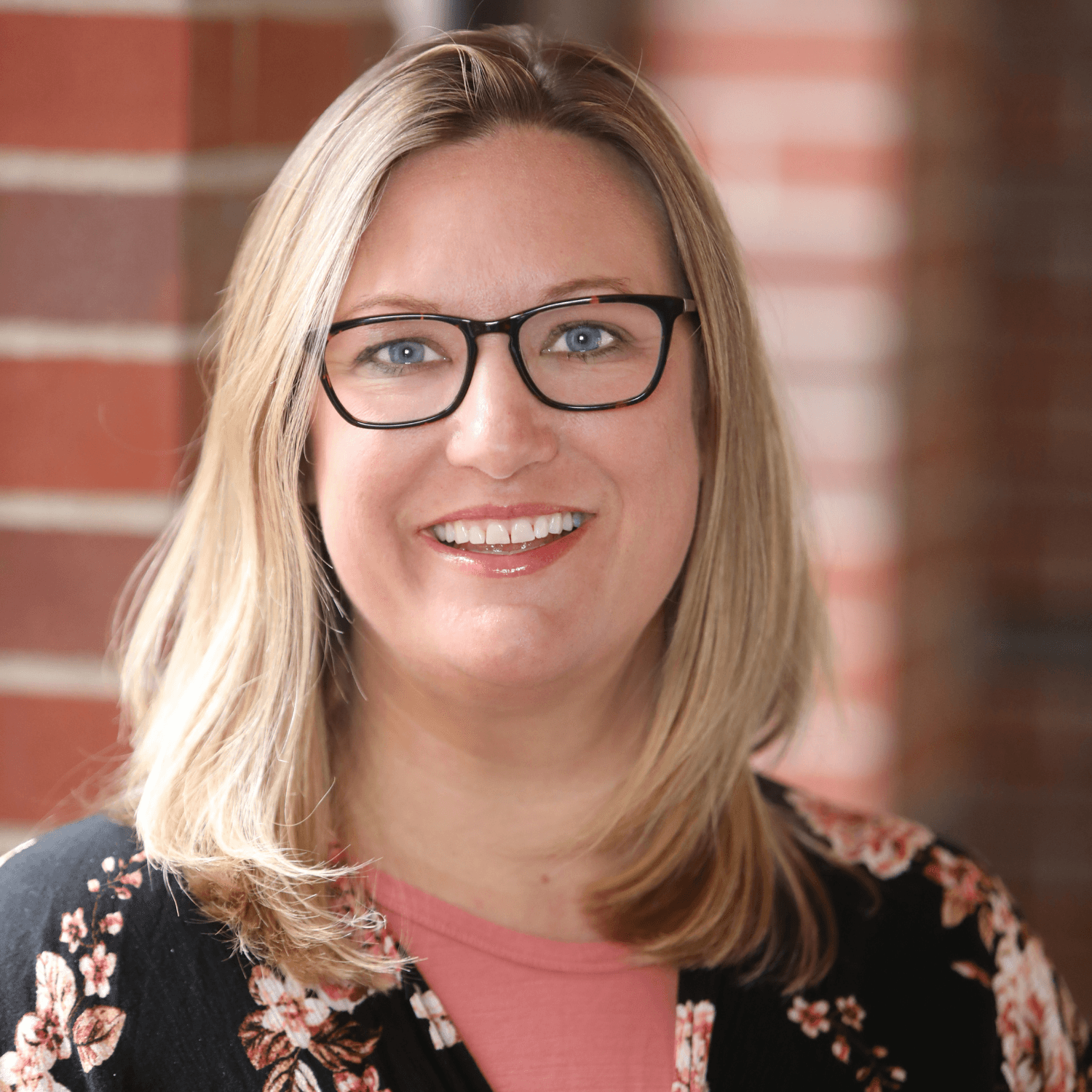 Tracy Lockwood is the CFO for the Catholic Bishop of Lincoln and is responsible for the overall financial operations for the Bishop’s office as well as the Diocese of Lincoln. She oversees the finance office, human resources, and donor relations. Tracy grew up in Gering, Nebraska, and earned a Master of Professional Accountancy from the University of Nebraska-Lincoln. She began her career in the audit department at KPMG LLP. In 2008, she and her husband David relocated from Omaha to Indianapolis where Tracy continued her career at KPMG, ultimately becoming a Senior Manager. Her many clients included non-profits, hospitals, and public software companies. In 2012 after nearly 10 years at KPMG, she became the Controller for the Archdiocese of Indianapolis where she was responsible for their overall accounting operations. In 2015, Tracy, David, and their two children, Landon and Austin, moved back to Nebraska and she joined the Diocese of Lincoln soon thereafter. Tracy appreciates the incredible work CSS does to show people the love of God by serving those most in need. 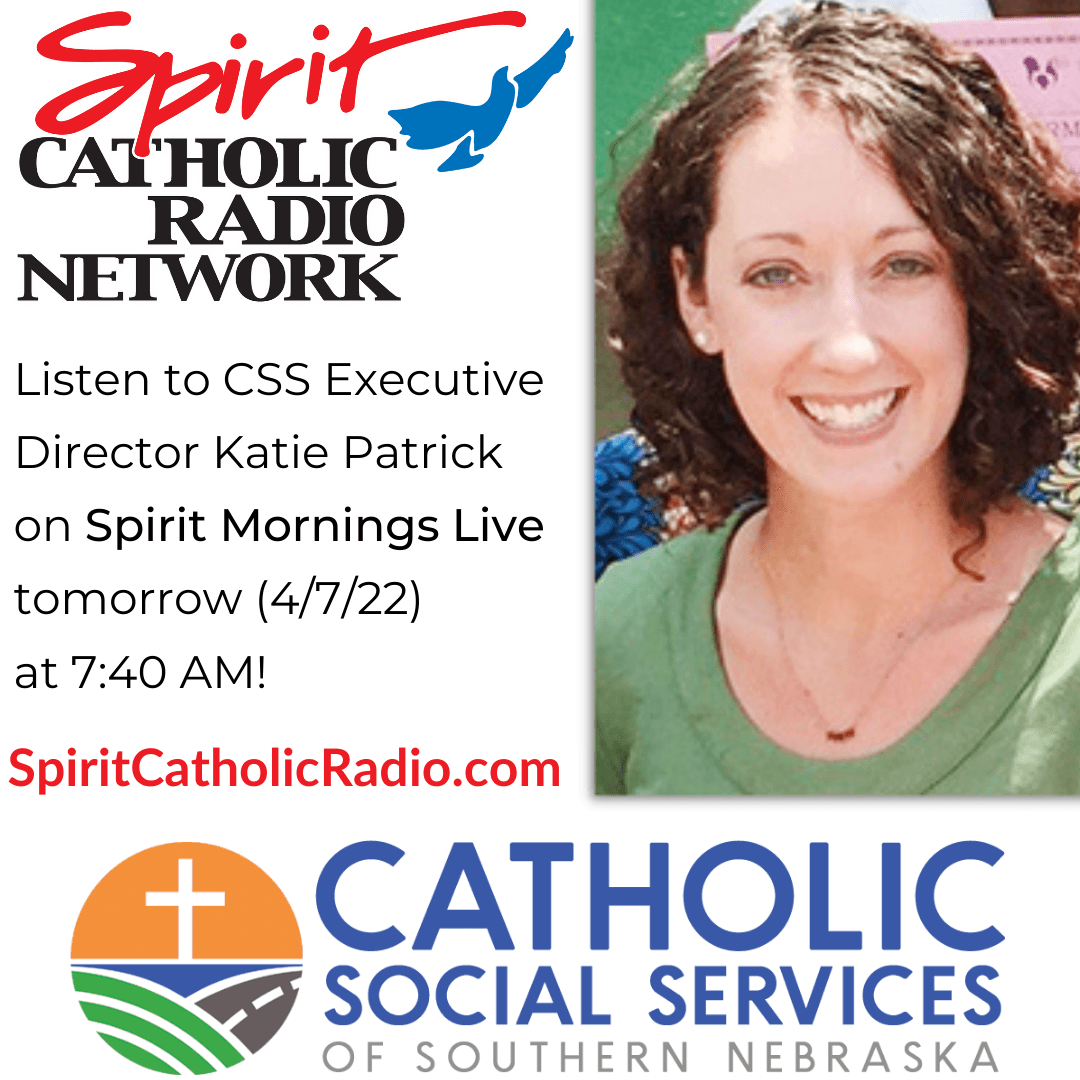 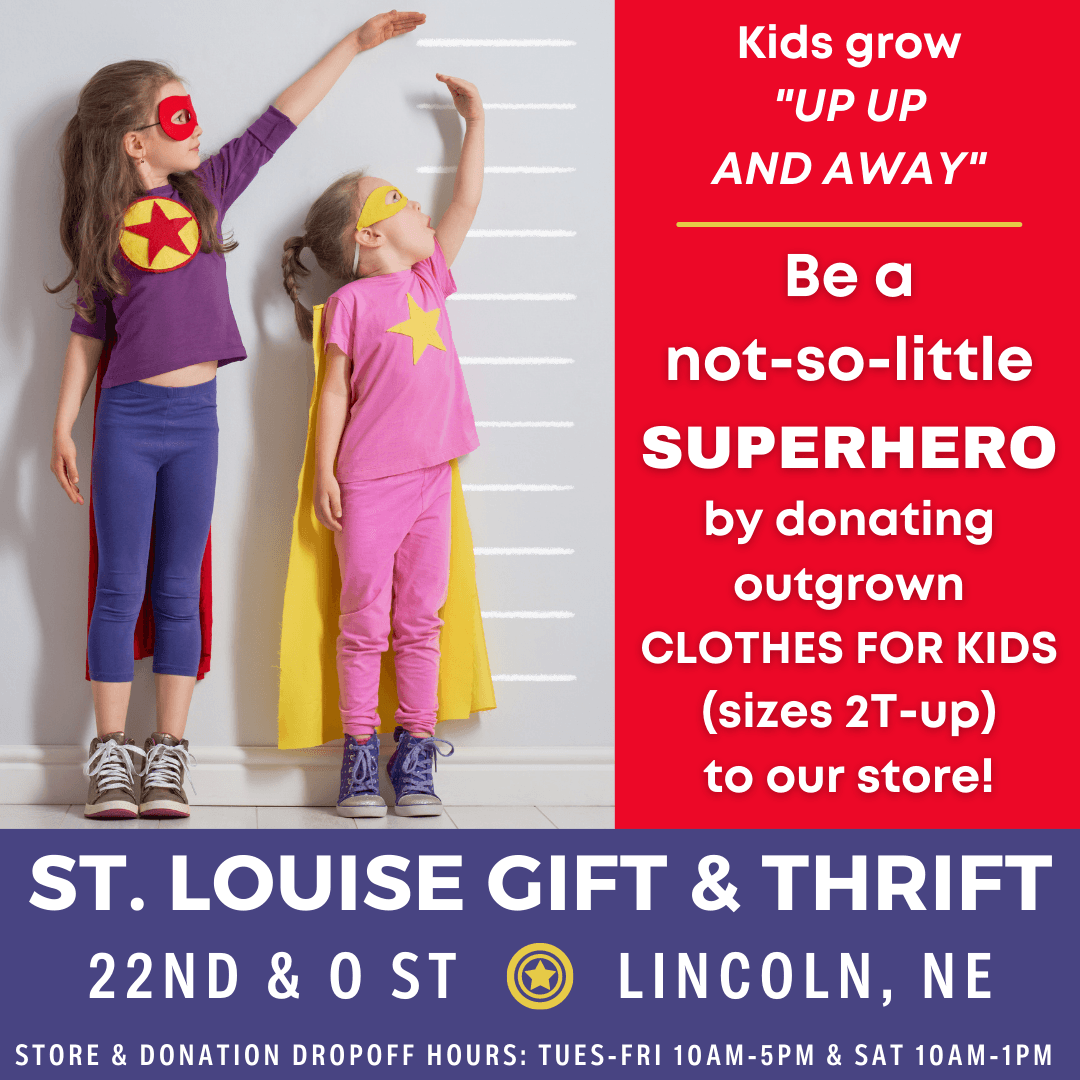 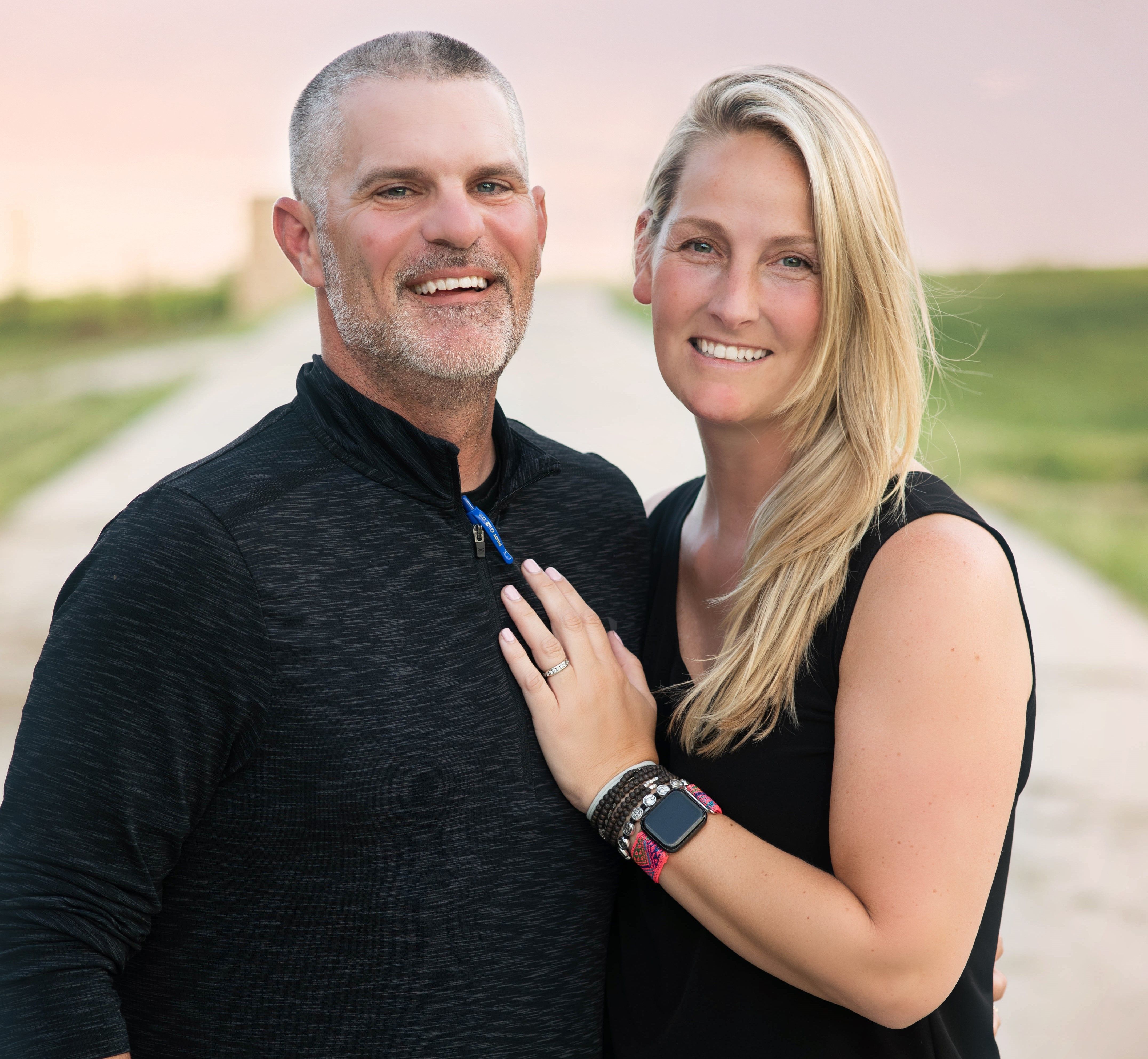 Stacie Hooks and her husband Bill own the local Slim Chickens restaurants in Lincoln, NE. Stacie loves serving her community both in volunteer work and being on different boards of directors in Lincoln. In addition to being on the CSS Board of Directors, she is also involved with The Lighthouse and the Junior League. Stacie and Bill have three children and she is active at their school as well. 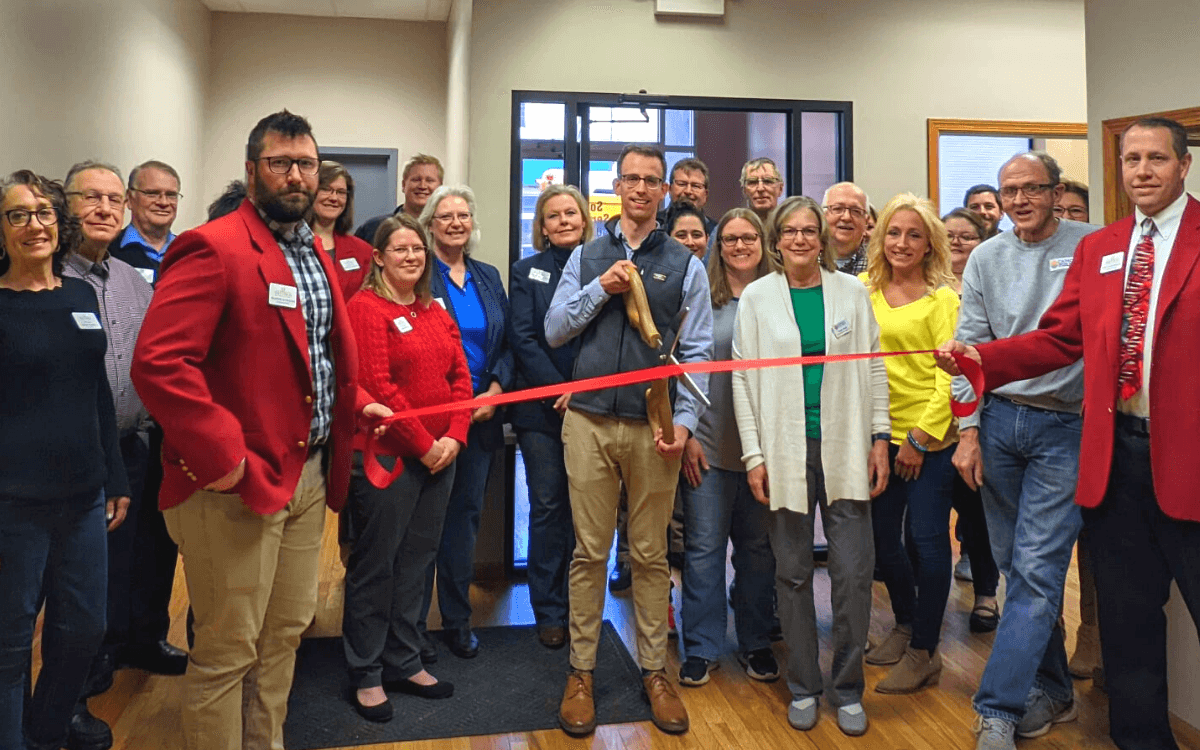 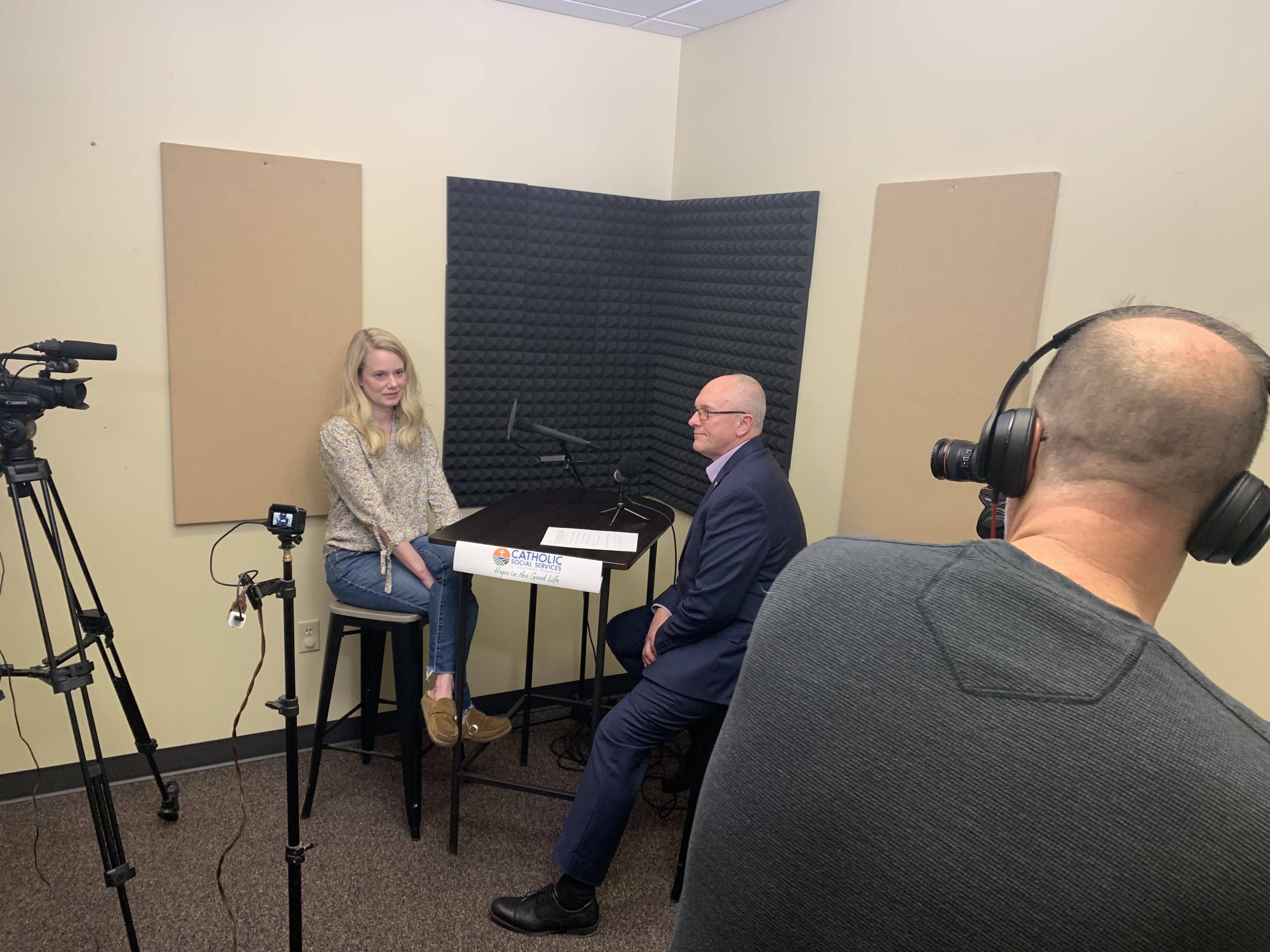 See a video preview of three podcast episodes! Our new "Hope in the Good Life" podcast, hosted by CSS Development Officer John Soukup, shares stories from throughout our agency. We first shared this video at our Celebration of Hope banquet on 3/27/22. 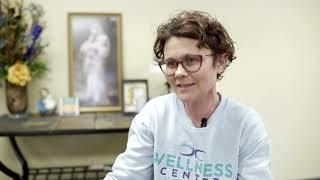 We accomplished so much together in 2021! See the impact of our work and the #HopeintheGoodLife we brought to southern Nebraska. 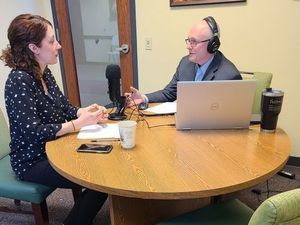 In this interview, Catholic Social Services of Southern Nebraska Executive Director Katie Patrick talks to John Soukup about being the first layperson, woman, and new mom to hold this position. She also talks about the challenges she's faced in her short time in this position as well as the successes. 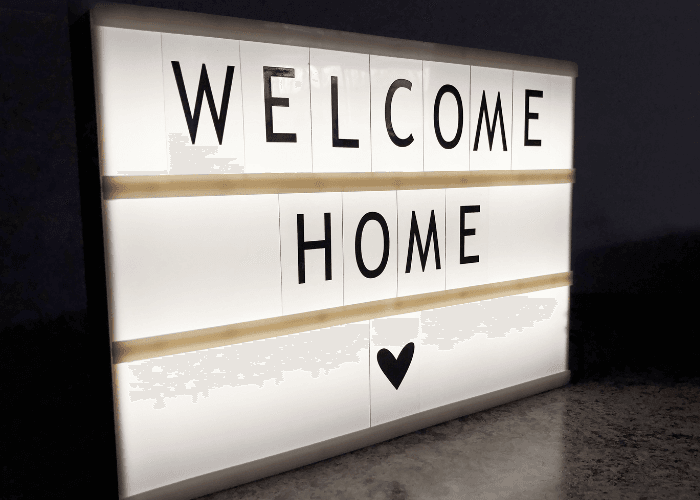 Landlords, we need your help to find homes for our refugee clients

It’s time for many of our refugee clients to move out of transitional housing and the current housing market is making this quite a challenge. 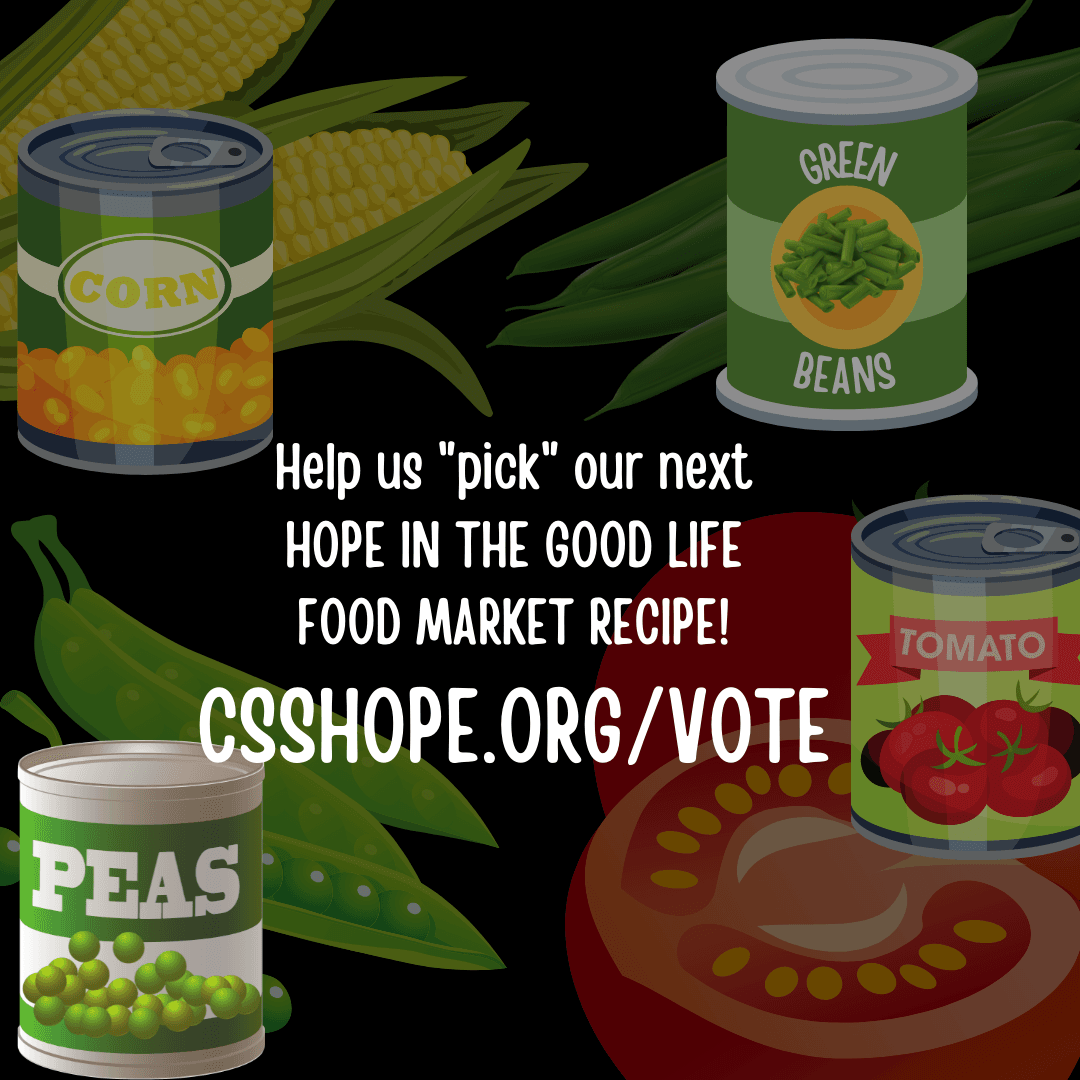 Help us choose our next recipe STAR INGREDIENT! 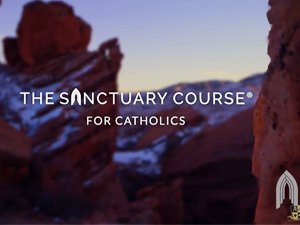 LINCOLN (SNR) – For eight weeks, a group of parishioners from St. John the Apostle Church in Lincoln gathered to learn more about mental health through “The Sanctuary Course for Catholics.” 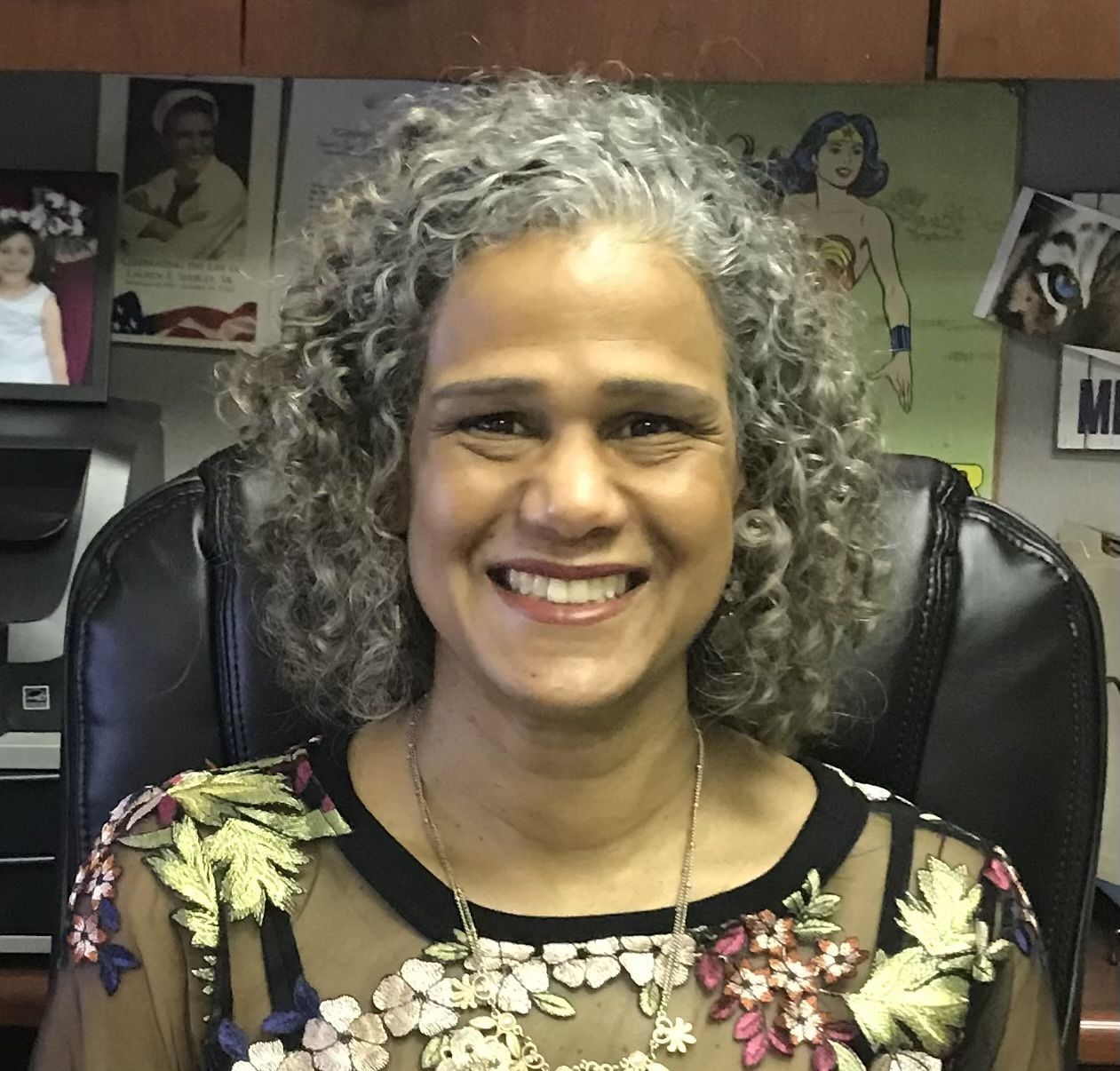 Nicole Simon is originally from Toronto, Canada. She's lived in Lincoln since 1982. Nicole and her husband, Doug Simon, have 3 children (Bennett, Zachary & Madeleine)and 3 Grandchildren (plus one on the way!). She is a State Farm Agent in Lincoln. How Nicole feels about being a CSS board member: "I’m incredibly humbled to serve on the Board of CSS where God’s work is being done every day!" 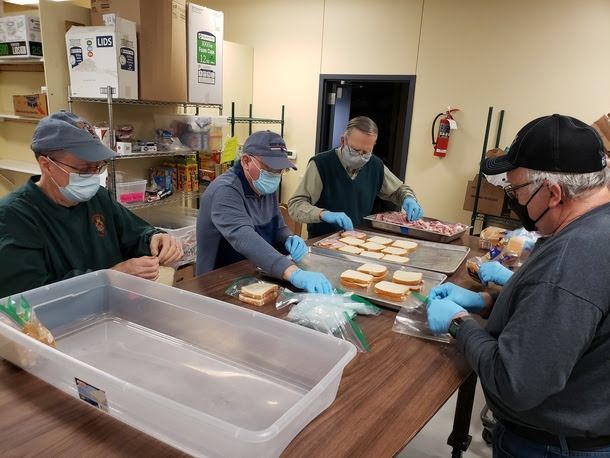 Have you been affected by the recent fires in southern Nebraska? We're here to help. Fill out our short form by clicking here.